8/21/2018 Headlines, Pacific News, World News
China will continue to provide aid to Tonga and other countries in the Pacific to help them achieve sustainable development, China's foreign ministry says, amid a mounting debt problem in the region. 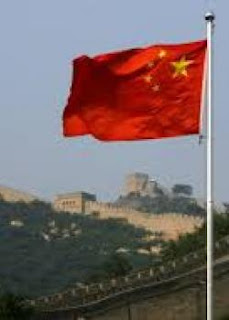 Tonga's prime minister Akilisi Pohiva has backed down on calls for Pacific island nations to collectively lobby China to forgive their debts, after a source said China had complained about the plan.

Tonga is one of eight island nations in the South Pacific carrying significant debt to China, and had started building support to press China to cancel repayments.

Pacific nations were due to discuss the plan at a forum of regional leaders scheduled to be held in the tiny island nation of Nauru early next month, Tongan Prime Minister 'Akilisi Pohiva told Reuters.

Pohiva said in a statement that "after further reflection" he believed the forum was not the proper platform to discuss Chinese debt, and that Pacific nations should each find their own solutions.

“I would like to stress that China and Tonga are strategic partners of mutual respect and common development,” Lu told a daily news briefing in Beijing.

“China will continue to provide support and assistance to Tonga and other Pacific island countries in achieving sustainable development to the best of its ability,” he added, without elaborating.

A recent Reuters analysis of the financial books of South Pacific island nations showed China's lending programmes had gone from almost zero to more than US$1.3 billion outstanding in a decade.

The debt burden of small economies with little earning power has stoked fears the region could fall into financial distress and become more susceptible to diplomatic pressure from China.