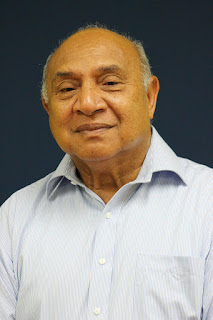 Ok Tedi Mining Limited today announced that an interim dividend of PGK 100 million was recently declared by the Board and paid to shareholders on 20 July 2018.

Chairman of OTML Sir Moi Avei KBE said that “while the performance of the business was adversely affected following the earthquake in February, production and profitability have progressively returned to more normal levels, allowing the Company to make a PGK 50 million contribution to the Earthquake Appeal in March 2018 and now fund an interim dividend.” He thanked employees and contractors for their efforts in recovering from the effects of the earthquake.

Sir Moi cautioned that “while the outlook for the second half of 2018 remains positive, the recent decline in copper price and the ongoing cash requirement to complete the replacement and relocation of the in-pit crusher meant that the Board continued to exercise prudence.”
Following the transfer of additional equity from the State to Western Province entities in April 2018, PGK 67 million of the dividend was paid to the State, with the balance of PGK33 million paid to the Fly River Provincial Government, CMCA and Mine communities....read more on Pacific Mining Watch
SHARE THIS
Share it Tweet Share it Share it Pin it