O'Neill Govt has no power to grant autonomy to Provinces : Lingstukey 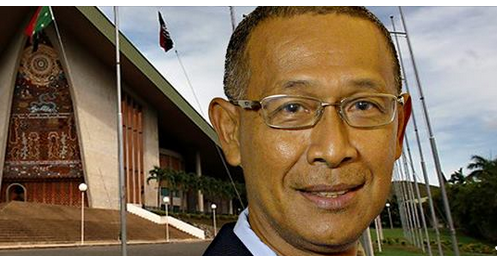 He said autonomy in its various forms demanded by the New Ireland provincial government and others, can only be granted by the national parliament following a due and definitive process.

“There are complex and detailed constitutional and organic law amendments required, that should immediately be red flagged by the Minister for Inter-Government Relations, the NEC and of course, the appropriate parliamentary committees, let alone the people themselves in New Ireland, East New Britain and Enga provinces,” said the Opposition spokesman on Treasury and Finance

Mr Ling-Stuckey called on Mr Isifu not to rush the signing of the autonomous component of the service delivery partnership agreement until all governors attending the conference and indeed, the entire NEC, was fully appraised on the constitutional and organic law amendments demanded by these provincial governments.

He urged the Minister for Inter-Government Relations to be honest and fully brief and consult with the Prime Minister and his cabinet colleagues.

“Specifically, has the minister advised the NEC that the current proposed amendments he is pushing, do not allow the national government to suspend provincial governments granted autonomy, while remaining provinces are still subjected to suspension? This does not seem fair.

Scholars may argue that a national Government’s inability to impose qualified checks and balances on a provincial government, renders them independent and not autonomous.

“But to keep the discussions balanced, the Governor for New Ireland has articulated various justifications for autonomy and both the Member for Namatanai and myself looked forward to discussing and understanding more, Governor Julius Chan’s arguments for autonomy and reconciling opposing platforms on autonomy, if possible, during the 2017 general elections in New Ireland,” Mr Ling-Stuckey said.
SHARE THIS
Share it Tweet Share it Share it Pin it