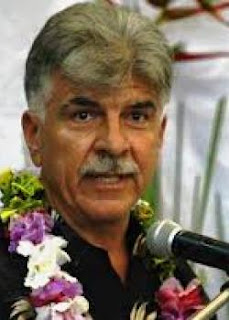 The European Union says the decision to shut down its Honiara office mid this year and move to Fiji is well thought, a consequence of the shift in the European Union’s future development cooperation programme.

Ambassador Leonidas Tezapsidis of the Delegation of the European Union to Solomon Islands and Vanuatu said, the Honiara based office will close down by July/August this year.

He  said in the regional hub were the necessary financial and sectoral skills that can be pooled for the benefit of the 14 pacific island states.

“There are arguments to pull together resources, especially in the pacific, which has 14 small states which are in a huge area,” he said.

“It is very difficult to operate and to have all the necessary skills in the various specific sectors of interests  for each countries , there will not be a reduction in the number of posts and diplomats or technical programs, but there will be an increase in the capacity to deal with programmes.

Ambassador Tezapsidis added, this however does not mean the European Union programmes including trade relations with Solomon Islands and Vanuatu would  be affected in any negative way.

He said, current EU programs would continue with the same cooperation budget, hoping it increases depending on the absorption capacity of the country.

The Ambassador said, the Solomon Islands Government would have liked to have an EU presence in the country but relieved, nothing will change that will deteriorate current relations.