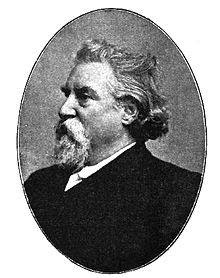 A memorial service was held in Port Moresby yesterday to mark over 100 years since the killing of British missionaries in Gulf province.

In a small but significant event, Gulf residents of Port Moresby gathered at the Bart Brown Memorial Church to commemorate the death of British missionaries; Reverend James Chalmers, Reverend Oliver Tomkins, and eight other natives, in Dopima village of the Goaribari Islands.

Toape Ivaroa, a member of the Dopima Committee said the event is important to the people of Gulf as they seek forgiveness from God for the wrong doings of their forefathers.

“The memorial service had to take place in order for us to seek forgiveness from God for the sins of our forefathers and we believe this can pave the way for good things to happen in the province,” said Mr Ivaroa.

The Missionaries together with the eight natives were beheaded and eaten by locals of Dopima village on the 8th of April 1901.