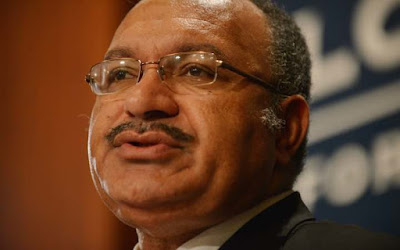 PRIME Minister Peter O’Neill is keen to grant autonomy to provinces to manage their own public servants and effectively deliver government services
“The National Government can worry about security, foreign affairs and finance,” he said.
O’Neill pointed out several provinces that he thought were ready for autonomy and they were New Ireland, Enga and East New Britain.
“These are some provinces that are showing us the way. Other provinces need to step up. We all need to step up. Our priority needs to be correct.”
O’Neill said that there needed to be discussions between the national and provincial governments to determine their jurisdictions.
“Discussions need to be done so that responsibilities in delivering services do not overlap.”
O’Neill said there would be reforms in the public sector so that the national government can align itself better with provinces and districts and reduce the number of people (civil servants) in Waigani.
“We all need to go out to the provinces and the districts,” he said.
“The roads are good, the schools are good and government services are getter better each year so there is no reason why we cannot go out there to build capacity to improve efficiency in the delivery of basic services.”
SHARE THIS
Share it Tweet Share it Share it Pin it