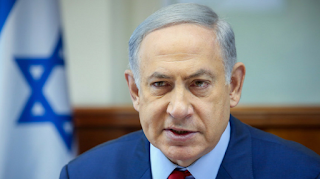 “These generators will provide immediate assistance to communities suffering from damage to critical infrastructure.

“The earthquake has left many locations with no electricity, and restoration of power is essential for these communities.

“The generators will assist in restoring many vital capabilities, such as the provision of water, medicine, communication and other essential services.”

The State of Israel, through MASHAV, the Israeli agency for international development cooperation, stands ready to assist PNG in relief efforts being deployed in the highlands regions impacted by the recent 7.5 magnitude earthquake.

“I have advised Prime Minister Netanyahu of the immediate needs at the impacted regions, including lack of electric power,” Prime Minister O’Neill said.

The Prime Minister again thanked Israel for being a true friend of Papua New Guinea following the unprecedented earthquake disaster in the Highlands.

“Relations between Papua New Guinea and the State of Israel are strong, and our Government and the people of PNG appreciate the support and friendship of Israel during these challenging times.

“We look forward to further cooperation and the enhancement of the close ties between our countries and our peoples.”

The generators were delivered by the Israeli Foreign Ministry Pacific Islands Advisor, Yaron Sultan-Dadon, who has been sent to deliver aid and assess other possible avenues for assistance through Israeli expertise.