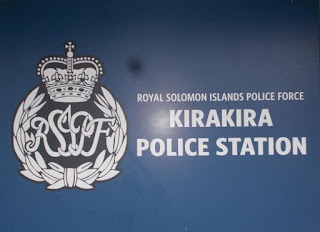 Police in Kirakira, Makira Ulawa province are searching for a man in 30’s who fell off from an outboard motor canoe into the sea while travelling in the sea area outside the Ngorangora Airport at the provincial centre at mid-day 15 February 2018.

The alleged accident happened when the 18 feet banana boat powered by a 40 horse-power yamaha engine was returning from dropping late boarding passengers on MV KCB 2 on her way to Honiara from Kirakira.

“I appeal to relatives of the missing man not to take the law into their own hands as police have started an enquiry into the incident to ascertain the cause of the accident,” says PPC Sitai.

Superintendent Sitai adds, “I also appeal to mariners and general public travelling in the vicinity of the Makira-Ulawa Islands, Malaita and Guadalcanal to look out for any suspicious floating objects and report to Kirakira police or any nearby police station.”