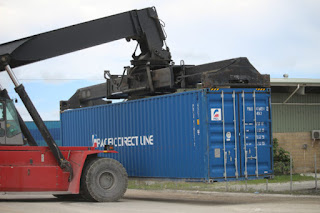 Foodstuffs and building materials from overseas for Tropical Cyclone-stricken Tonga are exempt from tax and customs duty, Tonga's Minister of Customs and Revenue said.

Foodstuffs and clothing are exempted for six months while tax on building materials were removed for two years after Cyclone Gita ravaged the kingdom, Hon Māteni Tapueluelu told Kaniva News.

Relief goods that intended to be sent from overseas countries to help the community should be addressed to Tonga National Emergency Management Office also known as NEMO so they could be exempted from tax and duty charges as well, Hon Tapueluelu said.

Small containers which people sent to their families in Tonga through large shipping containers of goods for the community were also tax and duty exempted.


As Kaniva News reported last year, the government removed taxes from foodstuffs which were identified as providing nutrition, educational equipment and materials, equipment for growing and farming, and also materials imported for local water supplies.

At the time, the Ministry said only three percents of Tonga’s imported goods from overseas countries, including alcohol and tobacco were taxed.

Tonga is facing a “major food crisis” after the category 4 cyclone.

Tofoa resident Paulo Latu said not only did the Category 4 hurricane flatten hundreds of homes and injured dozens but the storm wiped out crops.

“Our immediate need at the moment and for the next six months is food,” he said.

Lātū said many people did not expect the scale of destruction Gita has left Tonga with.

Radio New Zealand report said the prospect of food shortages looms on ‘Eua with many hanging fruit crops destroyed, and that which remained only enough to last a month.

‘Eua has a large agricultural sector which exports to the other Tongan islands and beyond.

The government representative for the island, Sunia Havea told the Radio  the cyclone destroyed their entire stock of banana and breadfruit crops, wihle for some farmers lucrative kava trees were devastated.

According to Mr Havea, root crops like yam and taro would not last long.

“As we estimate and look at it, it’s not going to last for a month. It’s important, and we have talked about it with all those aid groups that visited our island.