Commonwealth countries at the forefront of deep-sea mining policy 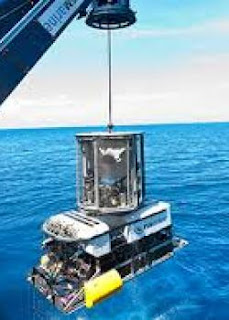 The two-day working group, comprised of lawyers from around the world, was hosted by the Commonwealth Secretariat, in partnership with the International Seabed Authority (ISA), and the Centre for International Governance Innovation (CIGI).

The working group has been examining legal liability issues for future scenarios of mining in the deep-sea in waters beyond national jurisdiction, with the aim to provide useful research and analysis to policy-makers currently negotiating the text of draft international regulations known as ‘the Mining Code’.The working group plans to publish a package of research papers in July 2018.

Opening the meeting, Nicholas Hardman-Mountford, the Commonwealth’s Head of Oceans and Natural Resources, stressed the importance of providing the right legal, economic and environmental frameworks for deep-sea mining across the Commonwealth: “Many of our member states are seeking to gain sustainable value from their ocean resources and there are seven states in the Commonwealth who have sponsored exploration contracts with the International Seabed Authority.”

‘Deep-sea minerals’ is a collective term for metal-bearing deposits under the ocean floor. Rising global demand for metals has led to commercial interest in extracting these resources, though no such mining has taken place yet. A principal function of the International Seabed Authority is to regulate deep seabed mining in seabed areas that are outside of any one country’s national jurisdiction. The Authority is mandated, simultaneously, to ensure effective protection for the marine environment from harmful effects which may arise from such activities. All fifty-three Commonwealth member countries are members of the International Seabed Authority, and responsible for approving relevant regulations. Member states stand to benefit should mining occur in the future also, under the ‘common heritage of mankind’ doctrine, whereby the proceeds of any mining beyond national jurisdiction must be equitably shared amongst member states.

The Commonwealth Secretariat has a long track record of advising its member countries on natural resources law and policy and offers particular expertise to governments in relation to deep-sea mining and their engagement with International Seabed Authority processes.

The Commonwealth Secretariat’s legal advisor and deep sea minerals lead Hannah Lily, who co-chairs the Legal Liability Working Group, will also be facilitating at an international workshop organised by the UK’s Foreign and Commonwealth Office focused on the International Seabed Authority’s draft Mining Code, held in London at the Royal Society 12 – 13 February.

Hannah Lily commented; “The majority of the world’s deep-sea mining policies and laws exist in Commonwealth countries. Most of these have been drafted with the assistance of Commonwealth Secretariat advisers. We hope that events like these two February workshops will enable Commonwealth governments to share their experiences and expertise more widely, to inform the development of the international regime. There are many unknowns in this field, and many difficult questions on the table, but inclusive collective working and transparent information-sharing should help in the efforts to develop a robust legal framework within which seabed mineral resources can be managed sustainably and accountably, for the benefit of all humankind”.