8 on death row in PNG, no decision yet on execution date: Corrrection Services Commissioner 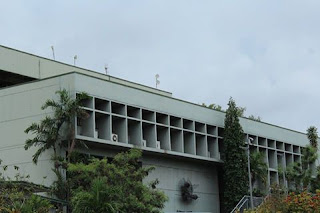 Eight men on death row in Papua New Guinea – including one still at large after escaping from Bomana prison – will have to wait longer for a decision on their execution, it has been revealed.

Correction Services Commissioner Michael Waipo told The National that while the legal requirements in relation to the execution of the death penalty in the country were in order, the capacities needed to execute it remained the problem.

“It’s a long process in relation to death row,” Waipo said. “You need to have facilities, followed by the training of our staff who will be responsible (for carrying out the execution).

“The law part of it is in order. It is only the infrastructure, the set-up and the capacity building of the staff to be able to deliver this arrangements which is lacking.”

Waipo said it would require the assistance of those (from overseas institutions) who had the experience in carrying out the death penalty, especially the execution of people on death row.

“Maybe they can guide us in the standard operating procedures,” he said. Waipo said the Correctional Services would be making a submission to Government on the matter which would include “the scope of work and the cost”.

Waipo told The National that out of the 12 prisoners on death row in February 2015, two had died in custody and two were recently acquitted by the Supreme Court in Port Moresby last December.

Father and son Selman and Misialis Amos were acquitted by the Supreme Court on Dec 11 of the murder charges against them, citing errors by the trial judge who convicted them.

Both have since rejoined their families in ENB and New Ireland.

The two who died while in custody were:

The remaining seven on death row are either at the Kerevat prison in ENB or at Bomana in Port Moresby. They are: