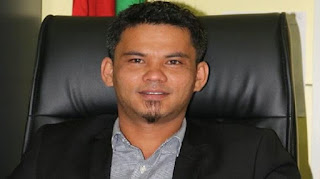 Matai Seremaiah has also discouraged workers from drunk driving, saying he expected all government vehicles to be in department parking lots at half past four every day.

The Daily Post said Mr Seremaiah called his staff together and announced the ban after two government vehicles were involved in accidents over the Christmas break.

He also ordered a top official to pay for the cost of a vehicle involved in an accident months earlier.