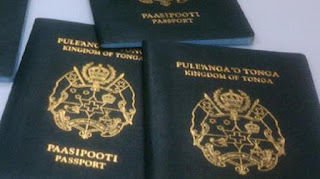 Tonga and Papua New Guinea have been included in a list of countries drawn up by Ukraine from which travellers will now be required to provide biometric data to enter.

The two are the only Pacific countries on the list of 70 nations which Ukraine defines as being at migration risk.

The new measures target Russian citizens who are now subject to a tighter registration process.

The list of 70 includes large African, Middle Eastern and Asian countries, such as Nigeria, Egypt and Pakistan as well as all former Portuguese colonies in Africa.

The extra entry checks have come into force at the start of the year.