The Widnes Vikings new signing for 2018 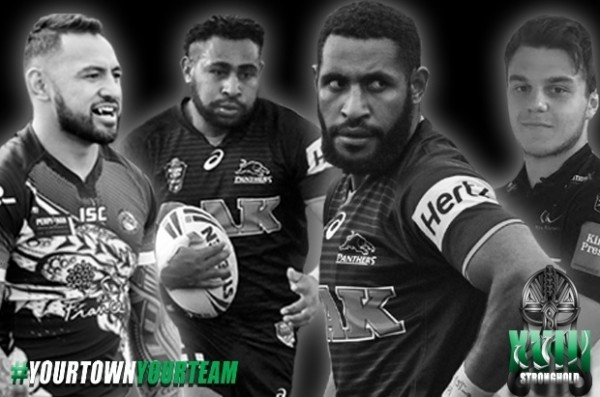 There is just two weeks to go until the new 2018 Betfred Super League season gets underway as another year of rugby league gets going once again.


The Vikings will take on Catalans Dragons, St Helens and Warrington Wolves, before entertaining champions Leeds Rhinos in the opening month of the new year.

Therefore, to get you in the mood for the new campaign, the Vikings media team are taking a in-depth look into each other the signings that have strengthened Denis Betts’ squad ahead of 2018…

Sam joined the Vikings on a permanent basis from local rivals Warrington Wolves in September of 2017. He joined the Vikings on a month-long loan in May of last season and impressed enough in those appearances to earn himself this two-year deal with the Club. Sam can play at loose forward and second row, and already carries big-game experience following his starting role in the 2016 Super League Grand Final when Wigan Warriors. The forward has also had spells on loan at London Broncos and Rochdale Hornets and will be looking to nail down a place in Denis Betts’ 17 for the upcoming season. Sam is proudly sponsored by Widnes Dry Cleaners.

Krisnan arrives at the Vikings following a two year spell in France with Catalans Dragons. The powerful centre has also represented NRL sides Parramatta Eels, New Zealand Warriors and Canterbury Bulldogs during, along with a spell in Rugby Union with State Francais. With over 200 appearances throughout his illustrious career, as well as being part of the 2008 New Zealand winning squad from the World Cup, Krisnan brings experience and knowledge to the Vikings’ backline in 2018.

One of the two Papua New Guinea brothers that have joined the Vikings for 2018, Wellington is the older of the two brothers between him and Stanton. Part of the hugely successful PNG side that made the quarter finals of the 2017 Rugby League World Cup, Wellington brings size, power and physicality to the Vikings’ front line. Playing 20 league games for the PNG Hunters during their first ever Intrust Super Cup premiership, Wellington made 37 tackle breaks and an impressive 679 post-contact metres in 2017, as well as 13 offloads. He will be hoping, alongside brother Stanton, to offer drive and lay a platform for the Vikings to work from throughout the season.

Stanton is the most recent recruit to have joined Denis Betts’ ranks for the 2018 season. The 23-year-old is the brother of fellow Vikings signing and international, Wellington, and joins the club on a two-year deal. Weighing in at almost 17 stone, Stanton brings power and strength to the Vikings forward-line. With 18 tackle breaks, 805 post-contact meters and ten offloads in his 22 appearances for the PNG Hunters last season, he proved to be an intimidating force for the Premiership winning side.


Make sure you do not miss a minute of the 2018 season by purchasing a Viking Stronghold Membership.

Access to every Vikings 2018 home league game, including the Super 8s campaign.
Exclusive Members only discounts, including 10% off all tickets and merchandise in the Vikings Superstore. With special offers on fuel, cinema, restaurants, days out, and much more, Stronghold Members can make huge savings across Halton.
Big savings on the biggest events, with 50% off Magic Weekend and 20% off the Super League Grand Final.
The first updates on all the major Vikings news. The exclusive Stronghold text message service updates supporters on the latest signings, contract extensions and major news one hour before any public announcements. Stronghold Members also receive the official team selection for all home games, at the same time as line-ups are presented to the referee.
An exclusive Membership pack – With a Stronghold mug, pin badge, car sticker, and all the info on your Members discounts.

Every member counts, so sign up soon to invest in #YourTownYourTeam. Visit the Vikings Superstore or call 0151 495 2250 (option 2).