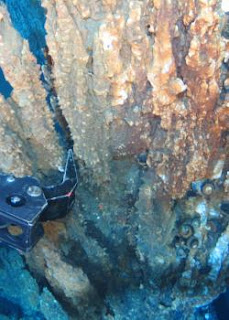 East New Britain Governor Nakikus Konga is pushing for all the minerals from the Solwara project to be processed in Papua New Guinea.

He has also expressed reservations on the project’s ability not harm the marine environment.

“I have a lot of reservations. There are two provinces that have signed on this and that is New Ireland and East New Britain signing benefits agreement,” Konga said.

“I am yet to be convinced as first of all I want to see the mining company process onshore.

“We had a briefing not long ago and they told us that they would take everything to China and process it there. I want it to be processed onshore, whether in Rabaul or Kavieng.

“I also come from a maritime province and region and want them to get independent assessment of the environmental impact of the project.

“We are getting money from the fish and the breeding place for fisheries is in New Guinea Islands.

“I believe that benefits from the project needs to be reviewed for our people and the government, said Konga.....read more on >> Pacific Mining Watch