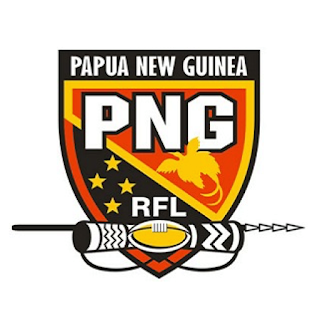 The PNGRFL and the rugby league family around the country have been devastated by news of the passing of former PNG Kumul great David Tinemau.

Tinemau aged 63 from Chimbu died in Mt Hagen on Monday after a long illness.

“David was Kumul No. 43. He made his debut against France in France in 1979,” Chairman Sandis Tsaka said.

David played three Tests and scored one try. He was a prolific winger and centre. David was also a former Chairman of Selectors of the PNG Kumuls.

“On behalf of the PNGRFL and the rugby league family, we extend our sincere condolences to his son Linston and the families on the passing of his dad,” Tsaka said.

A funeral service will be held in Mt Hagen on Saturday January 13 and the body will be taken to Chimbu for burial.

“It’s a tragedy that two great Kumul centres / wingers passed on within hours of each other,” Tsaka said.

Ottio was Kumul No. 269 and played in seven Tests with the last game in the 2017 World Cup quarter finals against England in Melbourne on November 19, 2017.

“Their deaths have shocked us all,” Tsaka said. “Our hearts and prayers are with the Tinemau and Ottio families during this time of sorrow and pray the Good Lord grant them peace and comfort.”

“We thank the two “Kumul Warriors” for their services to rugby league. May their legacies live on and be an inspiration for the future,” Tsaka said. “May their souls rest in peace.”
SHARE THIS
Share it Tweet Share it Share it Pin it