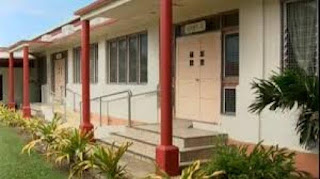 A trial in the Supreme Court in Tonga has heard of a man who allegedly drugged his daughter with crystal methamphetamine and raped her.

The father from Hahake, Tongatapu has pleaded not guilty to 15 charges including incest with daughter, procuring sexual acts by administering drugs and rape.

Local media report the accused has also denied a charge of domestic violence.

It’s alleged he threatened his daughter with a pair of scissors.

The court heard the victim’s parents are separated and she lived with her father between September 2016 and January 2017.

The alleged attacks occurred between December 2016 and January this year and they began when the girl’s stepmother and her children went to attend a funeral.

The court heard the father allegedly drugged the daughter and raped her.

The victim told the court that sometimes she was raped while the stepmother watched.

The victim’s maternal aunt was informed of the alleged attacks and she lodged a complaint with police.

The trial continues in the Supreme Court.