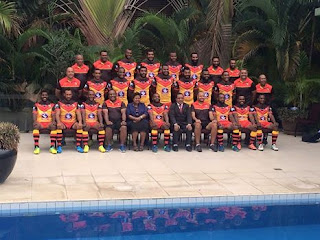 The PM's 13 match yesterday in Port Moresby kicked off with the Aussies leading by 6 points, but the PNG boys leveled that score with a try and conversion to 6 all. A penalty goal kick later put the Kumuls in front 8 points to 6. However, the Kangaroos used their class and outplayed the Kumuls and came back to lead 24 points to 8 at half time. The Second half later commenced and the Aussie boys just took off to wrap up the match with a big 48 points to 8 at full time.
Despite the loss , the PNG boys sure played well to the best of their abilities.