Concern over use of corporal punishment in Samoa 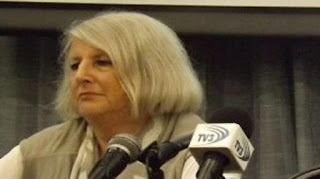 A United Nations human rights panel says it's concerned at the widespread use of corporal punishment in Samoa.

The mission, which was invited by the Samoa government, travelled across the country holding discussions in several villages.

RNZI reports in its recently published preliminary report, it said it was concerned about the use of corporal punishment against children, which is widely known to contribute to a vicious circle of violence.

One of the experts on the mission, Eleonora Zielinska, said it was regrettable that violence was often justified as being part of Samoan culture.

"The changing of mindsets is not without challenge and resistance. We know that from the people that we have talked to, many feel somewhat uneasy to speak out about certain aspects of Samoan tradition for fear of being stigmatised."

Ms Zielinska said significant progress had been made, but efforts to combat violence are piecemeal and under-resourced.

She also called on relevant authorities to reject a proposal to reintroduce corporal punishment in schools.