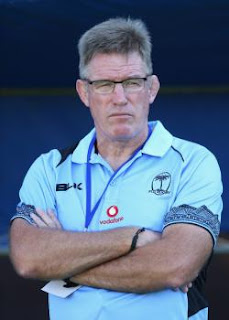 The Vodafone Flying Fijians to play the Italians on Saturday has been released by the Fiji Rugby Union.

Vodafone Flying Fijians Coach, John McKee has retained most of the players from last Saturday’s match against the Wallabies, with a few changes to the team.

McKee said that he had selected a very strong team with a good mix of experienced and new players.

“I have been able to name a very strong team to represent Fiji against Italy on Saturday. There is a good mix of experienced and new players with some newer players coming into the team and getting the opportunity based on, for some, their performance last week against Australia and their commitment and hard work throughout the training sessions.”

“The team has trained very well this week and have been working on some learnings from the Australian game. The team was disappointed they were not efficient enough in the scoring zone last week despite dominating possession for long periods of the game.”

He added that the Italians would present a different challenge to the one they faced against the Wallabies.

“Italy will present a very different challenge to Australia and we expect them to come at us through their forwards to put us on the back foot and starve us of ball. We will have to be up for the physical challenge to be successful in this match”.

The selected players are: