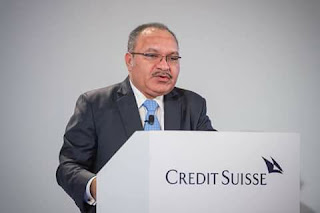 PNG is in the midst of an election campaign with voting kicking off June 24 to July 8.

O'Neill was on Manus Island last week campaigning with his local candidates from his People's National Congress party.

“We need to promote tourism,” O'Neill told an election rally.

“I will tell them to stop here, making sure that we have immigration and customs clearance.”

He also vowed to build a new airport terminal.

Despite the reputational damage from the detention centre, Manus Island is considered by some an idyllic tropical paradise with little-known surfing, diving and snorkelling spots, beautiful beaches and crystal clear water.

The detention centre is slated for closure at the end of October, after five years of operation