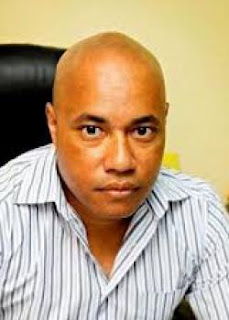 The Media Council will get legal opinion on the effects of the O’Neill-Dion Government’s 2016 Cybercrime Act on press freedom, freedom of expression and public access to government information in Papua New Guinea.

The Council, in its last meeting last Friday before its AGM next month, agreed that legal opinion should be sought on the impact that the August 2016 legislation will have on the ability of ordinary Papua New Guineans to express themselves through various communication platforms and whether the law hinders the ability of the PNG media to report without fear or favour.

“There are sections of the law such as identity theft, pornography, cyber bullying, cyber extortion and cyber-attack that the Council supports to protect citizens. But we remain concerned at the impact that Sections 10, 21, 25, 26, 31, 33 and 44 will have on the rights of Papua New Guineans and their ability to express themselves,” he added.

“There was no Government consultation with the media industry when the legislation was first mooted before its enactment last August, despite public knowledge that local media organizations were beginning to use social media platforms to publish content for public consumption.”

Rheeney said the exercise – to be undertaken by two legal experts at no cost to the Council – will study Section 46 of the PNG Constitution on Freedom of Expression and provide opinion on how the 2016 Cybercrime Act will impact on the rights of citizens.

The findings of the legal experts will be put to the members of the Council for their consideration and deliberation and to identify a course of action, if any.

“The 2017 General Election opens up the opportunity to the Council and the media industry to lobby for changes to the legislation, when the new national parliament gets elected, if that is the advice of the legal experts,” Rheeney added
SOURCE: PMC/PACNEWS
SHARE THIS
Share it Tweet Share it Share it Pin it