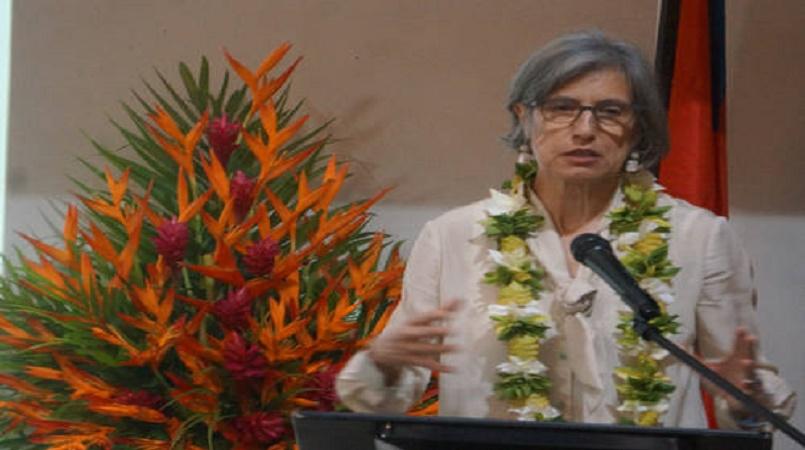 UNESCO Assistant-Director General for Natural Science says conversation amongst Pacific leaders is a must to tackle challenges like Climate Change and youth unemployment within the region.

Joining today and tomorrows Dialogue on Science and Science Policy for the SDGs in the Pacific is Dr. Flavia Schlegel.

“Our two day program is part of UNESCO’s initiative to bridge the gap between the scientific evidence and policy making and to create an enabling environment for science and science advice,” Dr Schlegel says.

“ST&I is a main pillar, an enabler, and a real driver to achieve the 2030 agenda. It has the potential and the power to address major challenges,” Schlegel says.

“UNESCO supports countries in their efforts to strengthen STI systems and governments and to develop evidence based, participatory, ST&I policies through our program.”

It’s been the most audible issue noted by many of the speakers early into the conference.

Over the two days, the importance of strengthening education in areas of science, technology and innovation throughout schools and universities in the pacific.

“Specific actions are being designed to foster STI for sustainable development through education the natural, social, and human sciences through culture and communication,” she says.

The Dialogue on Science and Science Policy for the SDGs in the Pacific is held at the Tanoa Tusitala Hotel, Apia, Samoa from the 29th to the 30th of March.