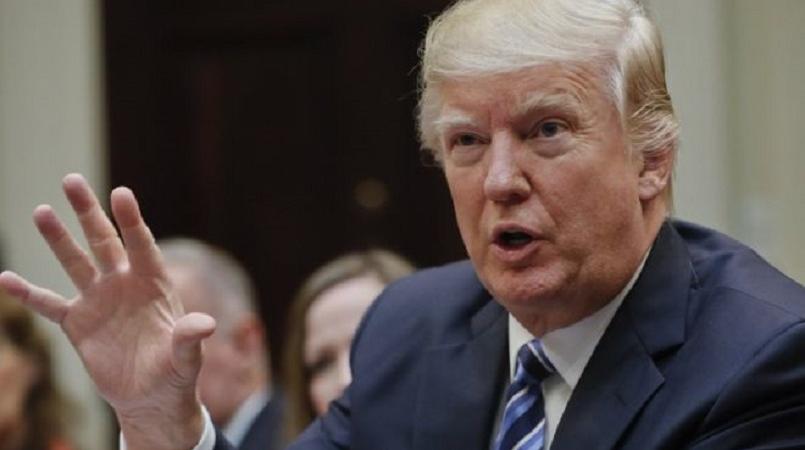 Two pages of the tax return were revealed by US TV network MSNBC but they gave no details on income sources or of charitable giving.

The White House said publishing the tax return was against the law.

Mr Trump refused to release his tax returns during the election campaign, breaking with a long-held tradition.

He has said he is under audit by tax authorities and that his lawyers advise against releasing tax returns. His critics, however, say they suspect Mr Trump has something to hide.

Correspondents say that, despite the lack of detail, the leak is still significant because so little is known about President Trump's tax affairs and the new information could increase pressure on him to release more.

The two pages show that Mr Trump paid $5.3m in federal income tax and an extra $31m in what is called alternative minimum tax (AMT).

AMT was set up nearly 50 years ago to stop the wealthiest people from using deductions and loopholes to avoid paying taxes. Mr Trump has called for it to be abolished.

The $38m bill was an effective tax rate of about 24%, higher than the average American citizen would pay but below the 27.4% averaged by higher-earning taxpayers.