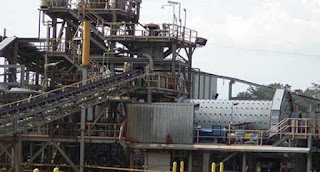 HPL says it is a battle with potentially major ramifications for its multi-billion kina PNG projects, including Frieda River, Ramu Nickel and Star Mountains.

Last week, GRAM subsidiary PanAust, which owns a 14 percent stake in HPL, had demanded a meeting of HPL’s shareholders to remove four of the company’s five non-executive independent directors and replace them with three GRAM nominees.

HPL argued the highly aggressive move would deliver GRAM control of the firm which was valued at about A$60 million (K146 million), without GRAM having paid anything to the other shareholders of the company that collectively hold 86 percent.

The move also would deliver GRAM essentially full, unassailable control of the giant US$6 billion (K19bn) Frieda River project in West Sepik Province. HPL and GRAM are joint venture partners in the project, with GRAM holding an 80 percent interest and HPL 20 percent.

HPL also holds an 8.56 percent interest in the Ramu Nickel project, as well as a major shareholding in the exciting Star Mountains exploration project.

HPL directors had opposed GRAM demands, stating that handing control of the Company to GRAM/PanAust would not be in the interests of its shareholders.

Chairman Ken MacDonald said the GRAM/PanAust proposal effectively amounted to a takeover of Highlands without offering to pay shareholders.

HPL managing director Craig Lennon said the future of Highlands was vitally important for the development of its projects, and could have serious economic implications for PNG.

"With Highlands remaining as an independent company, we have the best chance of achieving that outcome."

The special meeting to consider the matter would be held in Port Moresby, and shareholders would vote on the proposals to remove four of the five non-executive independent directors including the chairman.