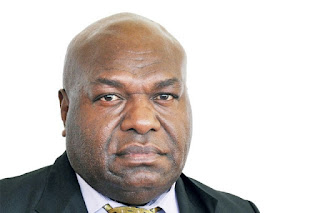 FISHERIES and Marine Resources Minister Mao Zeming says Sir Mekere Morauta’s record at government was not as rosy as he is painting in paid advertisements and social media.
“I was part of his government (1999 – 2002) and I saw first-hand the messy and disorganised attempt at the government that he ran,” Zeming said.
“Mekere refused the advice of his ministers, and all we could do was to try and hold the government together until the 2002 election when his policies were soundly defeated.
“In the short period he was prime minister, he reshuffled his cabinet more than at any other time since 1975.
“His style of rule created more instability and disharmony within government rank and file, leaving policy implementation in chaos.
“He downsized our police and defence force to the detriment of our law and order and national security.
“He starved our schools and hospitals of proper funding.
“He ignored calls to allocate proper funding to upgrade and improve our infrastructure.
“The list of policy failures in his time is quite long and depressing.
“In fact PNG’s lost decade began with Sir Mekere.
“His government was a disaster and a lot of people suffered because of out-of-touch decisions.”
Zeming said the problem with Sir Mekere was that he had no connection with everyday Papua New Guineans.
“When a leader lacks empathy with their people, they have very little chance of making the right decisions,” he said.
“All the people are left with are bad decisions that cause pain, suffering and hardship.” Press Release
SHARE THIS
Share it Tweet Share it Share it Pin it