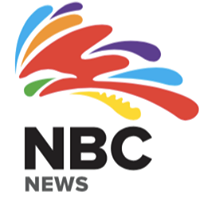 National Broadcasting Corporation's radio and television services have been rolled out for the first time to people in Kandrian, West New Britain Province.

This is a result of a partnership between the Member for Kandrian Gloucester, Joseph Lelang, and the NBC to develop telecommunication infrastructure at the small station.

Under the partnership, NBC technicians built a tower in Kandrian to enable the people to be kept up to date on development and other issues of national interest through the NBC's radio and television services.

This project is important especially in the lead up to the national elections later this year.