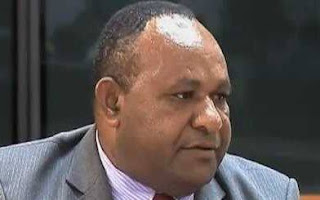 The National Government has allocated another K2 million for the special law and order call-out operations in Hela province.

Governor, Francis Potape, revealed to NBC News that the K2 million adds to an initial K11 million allocation for the operation.
Mr. Potape says, the additional funding is to cater for local police who were overlooked in the initial funding.
"The callout operations is going good so far.
"We had 200 manpower, 150 are policemen and 40 or 50 soldiers.
"So bulk of the security forces are in Tari but we have a team in Koroba and also in Komo and Magarima.
"We had 3 gun surrenders. Some highpowered guns have been returned. Those are not the guns that we are expecting. We want more guns to come out. We wanted it to be faster but its bit slow.
"So the provincial government in consultation with the security forces we've set a deadline for each LLG's, and all the guns and all the warlords from the LLG's must surrender your weapons on that day. And it will start on the 13th.13th of February in Hulia and 14th for South Koroba and 15 so we have 13 LLG's so everything starts on the 13th".
Weapons surrendered during the call out will be destroyed on the 27th February while the first phase of the call out is expected to end on the 28th.
NBC News
SHARE THIS
Share it Tweet Share it Share it Pin it