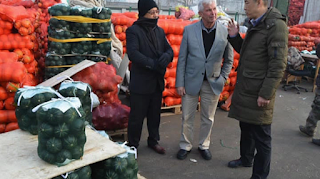 The Authorities in China had successfully cleared the first consignment of Tongan squash that was shipped to China in December.

The consignment was received with positive feedback from the importer – Tianjin foreign Trade Safe.

The initiative brings new hope for the future of squash in Tonga a commodity that has received substantial support from PHAMA program.

There’s also hope that this will revive squash exports which once peaked at more than 20,000 tonnes in 2003.

Over the years, squash exports suffered a major decline with less than 2 thousand tonnes of annual exports being recorded in recent years.

The decline is the result of increasing competition for the Japanese market from larger exporting countries.

However, an increase in export of squash to China should help Tonga’s Economy by increasing income and creating jobs.