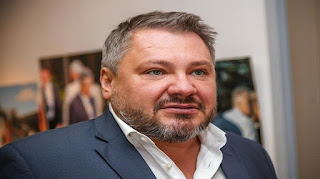 RNZ reports a Russian monarchist says the Kiribati government has agreed to allow three uninhabited islands in the Southern Line Islands to become the site of a revived Romanov empire.

Anton Bakov, a businessman and the founder of Russia's Monarchist Party, said the project involved setting up the capital on Malden Island, where he planned to build hotels.

Mr Bakov, who used to be a parliamentarian, visited Kiribati last year, and claimed the government had approved the establishment of the empire on its territory.

He has reportedly also been in talks with Montenegro to get land for a royal state.

A German noble, Prince Karl Emich of Leiningen, who is a great-great-grandson of Russia's Alexander II, converted to the Russian Orthodox Church four years ago to be able to accede to the throne.

The prince assumed the name Nikolai Kirillovich in a bid to become Emperor Nicholas III in the Russian monarchy, which was overthrown during the 1917 Bolshevik revolution.