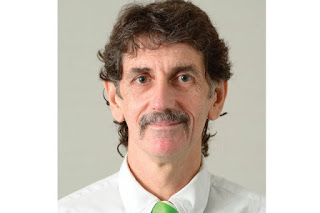 THE Bank of South Pacific plans to increase some of its savings products this month, according to chief executive officer Robin Fleming.
Fleming, pictured, told The National last week that the savings product included Plus Saver, Kids Account and Sumatin Account.

Fleming said BSP would also be reducing the interest rate on a new personal loan from this month.
“BSP will be shortly announcing an increase in our savings products – Plus Saver, Kids Account and Sumatin Account – which become effective in early 2017 and we will also be reducing the interest rate on new personal loans from early January 2017,” Fleming said.
He reported positive results for 2016. “BSP released its results for the nine months to September 2016 to the market in early November at which time we reported a net profit after tax (pre-audit) of K466.6 million which was a 16 per cent increase on the September 2015 results,” Fleming said. He said all countries in which Bank of South Pacific operated – Papua New Guinea, Cook Islands, Fiji, Samoa, Solomon Islands, Tonga and Vanuatu – contributed to the bank’s improved performance in 2016.
He said the addition of Vanuatu to the Bank of South Pacific list was a milestone.
According to BSP website, BSP opened its doors in 1957 as a branch of the National Bank of Australasia Limited. In 1995 a consortium of  PNG businesses acquired the bank creating the first and only PNG private sector owned bank. The National / ONE PNG