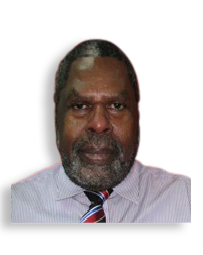 The National Court in Waigani, today sentenced Western Governor Ati Wabiro and two others to 10 years each in prison for misappropriating seven million Kina.
The two are former Provincial Administrator for Western Province, Dr Modowa Gumoi, and Chairman of the Fly Care Foundation, Norman May.
The case relates to the use of public funds which were chaneled through the Fly Care Foundation under an agreement for development projects in the province, many of which were not implemented in 2013.
The three were convicted in July for misappropriation and conspiracy to defraud the State.
Justice Martin Ipang sentenced them to 25 years in prison, but suspended 15 years after taking into account that they repaid over 370-thousand Kina.
He sentenced them to four years for conspiring to defraud the State, to be served concurrently. NBC/ONEPNG
SHARE THIS
Share it Tweet Share it Share it Pin it