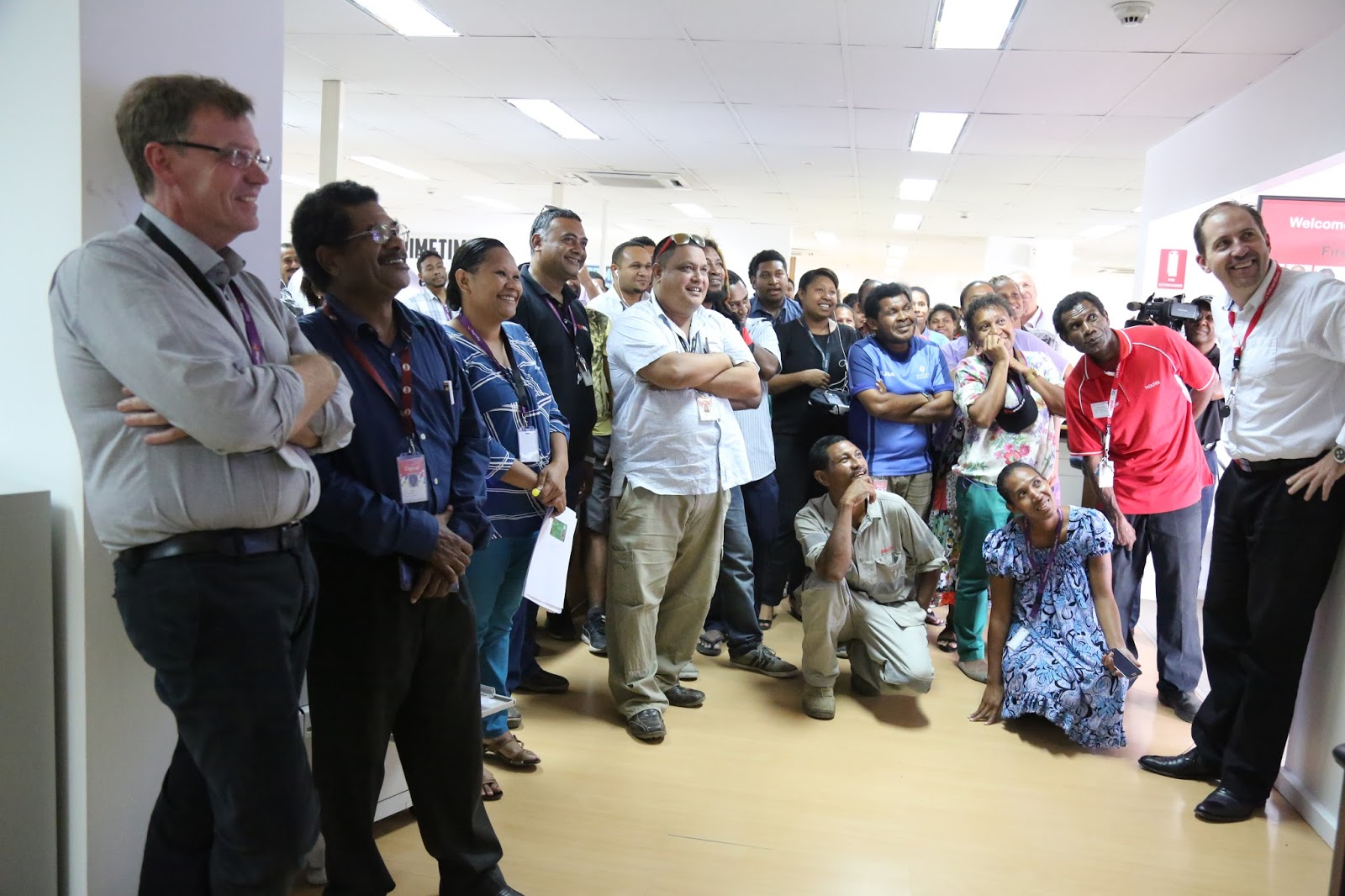 Digicel Play’s TVWAN is celebrating its second birthday this week, after bringing the best in local and international content to viewers all across the country since November 15 2014.

During these two years, TVWAN has successfully become the leader in media entertainment in Papua New Guinea, locally producing more than 700 hours of content made up of over 5,000 local news stories, and broadcasting more than 100 hours of live rugby and 50 hours of drama every month.

Digicel Play CEO Nico Meyer said he was incredibly proud of what TVWAN has achieved since its inception two years ago.

“We set out to become the best TV network in PNG and what we have been able to accomplish at TVWAN in such a short time is amazing,” he said.

“TVWAN is supported by a hugely talented team who have worked tirelessly to bring the best news and current affairs, reality shows, movies, dramas, comedy and documentaries to the people of PNG.

“Much of our success during these two short years comes down to the fact that TVWAN has brought fresh content and a new approach to television that no other network has tried in this market before. We’ve had a huge impact on the local TV market and look forward to bringing new and creative ideas to our loyal viewers into the future.”

In what has already been described as a smash-hit, the talent show is open to individuals or group performers including singers, dancers, musicians, comedians, poets, illusionists and magicians.

Auditions for the new reality show are being held around the country and the first two episodes recently aired on TVWAN Life.

“We are committed to the growth of the local entertainment industry by producing and developing shows that are produced in Papua New Guinea and feature local talent,” said Nico.

“We currently offer a wide selection of TV programs, which are largely produced by our talented team of locals for TVWAN including Yu Em Khax, Business Plus PNG, Kalcha Bites, In-Depth, News Review, Hang Out, Kick Off!, Jam Session, Haus Cook, YumiTok, Footy Time, The Wall and Coke Studio, which all offer engaging entertainment to each and every viewer.

“TVWAN, which is reaching 100 per cent of PNG, is one of the best platforms for companies to advertise products.

“Since November 2014, TVWAN Action and TVWAN Rugby have also become the home of rugby, with all Intrust Super Cup, NRL and Digicel Cup games being broadcast to footy fans across the country.”