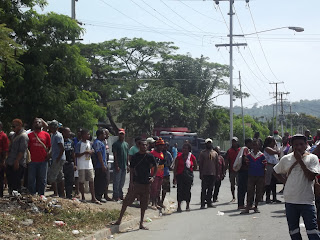 THE number of Chinese owned businesses have risen in Madang. The Madang Chamber of Commerce and Industry (MCCI) has been struggling to establish formal links with this group of entrepreneurs. However, the story is different with the Madang Indigenous Business Council (MIBC) who have been able to make headway in establishing links with this group of businessmen and women. MCCI president Kevin Murray told the Post-Courier that while the rise in Chinese shops was of some concern among members of the business community, it was “inevitable and there was nothing much that could be done about it.” Mr Murray said many of these entrepreneurs were involved in retail and the impact was already being felt on the ground and those hardest hit were the local businessmen. He said the chamber has been on a membership drive and as president he had approached some of the owners to join but had not had much success. However, he said he had not given up, instead would keep trying. “Maybe if they see the value in joining they will, but they have and continue to stick to themselves,” he said. Last year an entity known as the PNG-China Friendship Association (PNGCFA) was launched in Madang. A representative was sent to Madang to witness this occasion. A resident and businessman Chris Cheng was named as the president. President of the MIBC Stotick Kamya had stated the rise in Chinese business in the resort hub was a concern for the council but said it was an issue which was being worked on by government through the reserved list. In-spite of this he said the council had been able to establish contact with executives of the PNGCFA and had made inroads with discussions with them. “It’s not all bad, the Chinese are very enterprising and we could learn a lot from them,” Mr Kamya said.
SHARE THIS
Share it Tweet Share it Share it Pin it