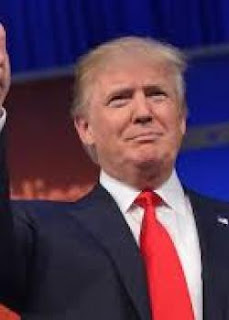 Fijian Prime Minister Voreqe Bainimarama has written to US President-elect Donald Trump to congratulate him on his election victory.

In his letter, Bainimarama, on behalf of the Fijian Government and the Fijian people, conveyed warm congratulations on Trump's victory in the US elections.

“Fiji has a close relationship with the United States and I look forward to working with you and your administration in the months and years ahead,” he wrote.

“We especially seek America's support in our struggle against the extreme weather events and rising sea levels caused by climate change, which pose a particular threat to the Pacific islands and other low lying areas of the world.

“We also look forward to working with you to protect our oceans and seas from the threat of pollution and overfishing.

“With every best wish as you prepare to assume the presidency.”

“We want to offer our warm and heartfelt felicitations on behalf of the Government and people of the Republic of Vanuatu, on your resounding successful election as President-elect of the United States of America: further to wish you the very best in the lead up to your inauguration on January 20, 2017 and the discharge of your official responsibilities,” Salwai said.

PM Salwai assured Trump of Vanuatu’s unwavering desire to work with his administration and under the auspices of the United Nations to strengthen the cordial relationship that existed between the two nations for the global good.

“It is my belief that under your leadership, the bilateral relations and existing cooperation between the United States and Vanuatu will continue to grow stronger, and on the basis of mutual respect, the extension of goodwill and a common understanding.”

Vanuatu has benefited a lot from the US through aid and volunteers that have continued to pour into the country to improve the lives of the people of Vanuatu.

One of the biggest assistance to Vanuatu from the US was through the Millennium Challenge Fund, that enabled the construction of the Efate Ring Road.