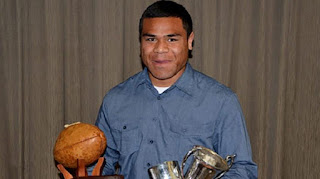 A Tongan man accused of performing an indecent act in public on multiple occasions in New Zealand had his name suppression lifted on Thursday.

His first offence was in front of six and nine-year-old girls and the second in view of two 10-year-old girls – who he glanced over at after partially rolling down his window.

The third time he parked next to a car with a 23-year-old woman inside, who said it made her feel ‘powerless, traumatised, weak, victimised, dirty and vulnerable’.

‘She described the moment of seeing you as being horrific,’ judge Christina Cook said, according to Fairfax Media.

The parents of the child victims said Halaholo’s actions had taken away their innocence and one of the girls was now reserved and quiet and confused about why she had to see it.

Halaholo’s lawyer Richard Smith argued the 23-year-old should not be given a conviction and asked that his name and photographs be suppressed.

Smith said it would be ‘extremely difficult’ for his client to try to play overseas if he was convicted and that naming him and allowing photos to be taken in court would ‘serve no purpose but to further humiliate’ him.