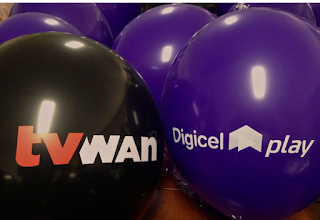 In what is expected to be a smash-hit, the talent show is open to individuals or group performers in all genres including singers, dancers, musicians, comedians, poets, illusionists and magicians.

DigicelPlayCEO,NicoMeyer, said the show will help develop and recognise the wealth of talent that exists in Papua New Guinea and share their stories throughout the country.


“Digicel Play has been committed to growing the local entertainment industry by producing new shows which not only highlight our local production talent, but which also provide a platform for local people to showcase their talents and enhance their careers,” he said.
“Many talent shows have been hugely successful internationally, launching hundreds of careers, and we want Papua New Guinea to have the same opportunity.

“We are also ensuring that as many people as possible have the opportunity to compete, with auditions planned for five cities.”

The program launch also unveiled the three successful people who will host the show. They were selected from over 500 who auditioned for the highly sought-after roles at the Digicel Studios in Gordons a few weeks ago.

“We are thrilled with our hosts, each of them bringing different personalities and experiences to the show,” Mr Meyer said.

“Kenny’s vast experience in broadcast will complement our wonderfully vivacious and entertaining newcomers Olivia and Steven, and we are very confident that audiences and performers alike will immediately fall in love with them.”

Premiering at 7pm on Saturday November 5, Yu Em Khax will air weekly on TVWAN Life Channel and follow performers through auditions, heats and semi-finals before the live grand-finale show on Saturday 21 January, 2017.

Singers, dancers, magicians, comedians, actors and any individual or group with a fun, entertaining or unique talent is strongly encouraged to sign up for the auditions.
Digicel Play is committed to the growth of the local entertainment industry by producing and developing shows that are produced in Papua New Guinea and feature local talent.
SHARE THIS
Share it Tweet Share it Share it Pin it