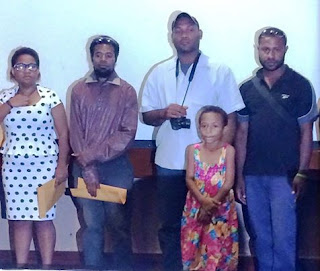 Young people interested in building a career in creative arts in the country will have a chance to pursue their dream with the new Creative Arts Centre that will soon be in operation in Port Moresby.

From the producers of the Youth Piksa Series; TV Arts Link under the funding of the National Capital District Commission is the idea of the new Creative Arts Center. Speaking to this newsroom about this rising art institution was PNG Actor and Movie Director of the Youth Piksa Series McPolly Koima who said this industry is still growing but has the potential to flourish.

According to Mr Koima, the creative centre will be teaching fine arts, graphic designs, textile and fashion designing, music and television and film. While the centre is yet to be open for admissions, the Youth Piksa series which has produced and released 6 shorts films earlier this year is on hold with funding not available for the second series. The series has trained youths in Port Moresby in acting, scripting and directing and this will continue in the new creative centre.
Picture: Some of the youths who took part in the Youth Piksa Series / PNGFM
SHARE THIS
Share it Tweet Share it Share it Pin it