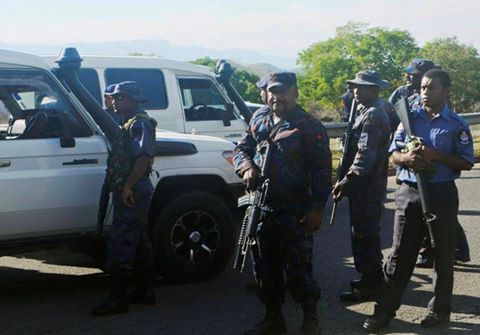 Detectives from the National Fraud and Anti-Corruption Directorate (NFACD) apprehended them in Mt Hagen.

“It was reported to the police at NFACD, by the Department of Finance, that more than K1.3 million was misappropriated by treasury officers from Mt Hagen,” said Damaru.

“It was alleged funds were obtained from the Provincial Government Grant Account, Provincial Operating Account and Provincial Treasury Account as cash advances between March 2013 and August 2014.

“Police investigations revealed that they colluded with each other and other officers of the Treasury Office and advanced into negotiations, where they facilitated the processing of the 39 cheques through PGAS and used the money for their own use.”

“Nasa used her password to access the PGAS machine and print out 39 cheques, with duplications of cheques, and altered various cheque numbers,” said the Director.

Posa, the former acting accountant of the treasury office, was the signing officer to those 39 cheques and confirmation letters to BSP.

“Both were taken to Mt Hagen Police Station where they were interviewed, charged and placed in the cells,” stated Damaru.