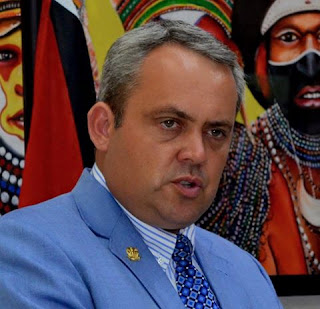 
November 2018, most of this was aimed at the Minister for Sports, National Events and APEC 2018 Justin Tketchenko when he revealed this on a local TV station over
the weekend.

While many are expressing disapproval the Minister for Sports, National Events and APEC Justin Tketchenko says everyone must look at the long term benefit that the meet will bring
Into the country.
“As regards the funding no one should be surprised at this because for the last two years our Prime Minister Hon. Peter O’Neill has been impressing on everyone of the costs involved in
hosting the APEC meet, and we are not going to do things and hold a summit like the Americans and Russians with billions and billions of dollars we will do things the PNG way and
ensure all the boxes are ticked when it comes to APEC requirements from Security to Logistics.” added Tketchenko.

Tketchenko stated that the cost of K600 Million is an estimated cost which will be used over the next three years beginning in 2016 to hold ministerial meetings and this is nothing compared
to what the rewards are for hosting the APEC Leaders summit.
“The benefits outweigh the expenses over the next two years over two hundred meetings will be held which will bring many hundreds of people from CEO’s, Managers and Ministers
into Port Moresby and around the country and they will bring in funds which of course will benefit our Corporate entities and SME’s so it’s about promoting the country.” Said Tketchenko.
Meanwhile, when asked about how confident the Minister was regarding the completion of the developments and if everything will be ready on time Minister Tketchenko simply replied,
“We will be ready just like the Pacific Games, Just like the FIFA World Cup and Just like the APEC meet in 2018 we will be ready!”