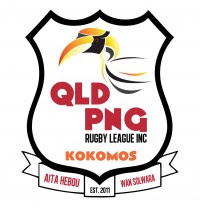 It all kicks off at 9am on Saturday 24th September, at Bill Norris Oval, Boundary Rd, Beenleigh, Queensland, Australia.
Last year’s championship winners, CDMC will return in attempt to make it back-to-back titles. The CDMC team includes former Kumuls, Steve Franciscus and Trevor Exton. It also includes the exciting Wickham brothers, Eli & Shawn who have both had extensive rep careers. 2015 Player of the Carnival, Anthony Hoepper, will also feature in their campaign for a repeat victory.
The 2015 Runner’s Up, Masailes, will be campaigning to go one better this year. They are young team whose flashy and flamboyant play nearly upset the more experienced CDMC, going try for try in the final, only losing by a few points. Player to watch for the team is Willie Malala who was the top try scorer for the 2015 Kokomos 9s event.

Draw to be advised.