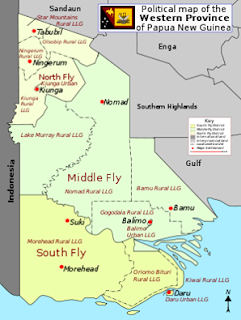 Five male police officers serving in Kiunga in Western province have been suspended on Thursday for conduct unbecoming of law enforcement officers.


According to the Western Provincial Police Commander, Superintendent Joe Puri, the five officers were drunk while on duty and fought amongst themselves in public while in full police uniform.
“These officers were assigned to provide security for the prime minister’s trip to Kiunga to open a bridge on Thursday; however, that trip was cancelled and postponed to next Thursday,” said the Superintendent.
Puri added that the police commissioners message to officers is simply to perform their duties professional and such disciplinary issues will be dealt with seriously. An investigation is now being conducted into this incident.
Meanwhile, the firearms and the vehicle used by the officers have been confiscated and are being held at the Kiunga police station. PNGFM/ ONEPNG
SHARE THIS
Share it Tweet Share it Share it Pin it