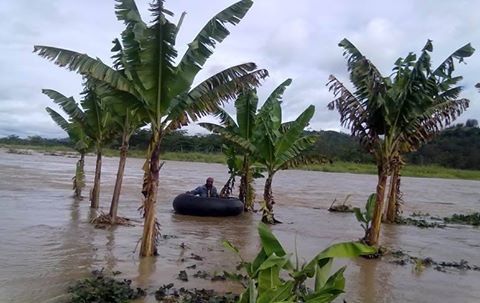 Port Moresby, July 27, 2016 – Small-scale natural disasters such as flash floods and landslides have the potential to cumulatively impact communities harder over the course of years – yet they receive far less attention as compared to major disasters. To improve the situation, there is a need to put in place a good information system for disasters, says a United Nations (UN) Disaster Information expert.

One such disaster was a recent flood in the highland province of Jiwaka in January 2016, which affected more than 2000 people, leaving them without crops and livestock, and some without houses.
Papua New Guinea Papua (PNG) is particularly prone to natural disasters including earthquakes, volcanic eruptions, tsunamis, cyclones, river and coastal flooding, landslides, and droughts. Every year the country experiences two to three large-scale disasters, and numerous smaller localised disasters. The Highlands of PNG, which contains approximately 40% of the total national population, are subject to weather extremes of heavy rainfall, drought and frost.

“We need to continually improve disaster reporting especially at the sub-national level so that the impacts of these less dramatic small-scale disasters can be adequately known and addressed both through immediate humanitarian response as well as to guide longer-term disaster risk reduction activities.”, noted Mr. Rajesh Sharma from the UN’s Bangkok Regional Hub. UNDP has supported several countries around the world in systematising losses and damages from disasters to promote ‘risk-informed development’ to build resilience of communities.