Coalition of Unions disappointed with VONC 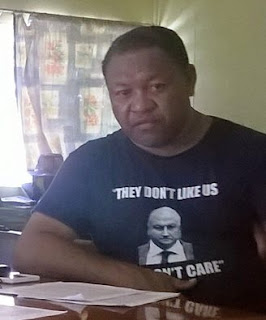 The Coalition of Unions have expressed disappointment in the Vote of No Confidence last Friday saying there should be a debate of issues before the actual voting in Parliament.
Maritime Workers Union President Mr. Alex Rawali in an interview this morning said that the Unions are not happy with the events that took place and will all come together and take further actions in their call for a change in the prime minister.
He said the Government can remain, but the Unions want a change of the Prime Minister due to Peter O’Neill having a lot of allegations levelled against him which must be investigated to prove if he is innocence or guilty of the allegations.
“We will be having a series of meetings this week to discuss issues of our stance and we will announce our next step into addressing our call later this week”, Rawali said.