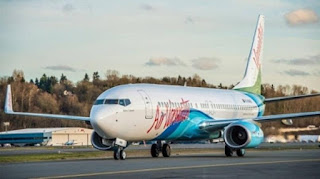 The new service will operate from Port Moresby to Honiara on Fridays, Sundays, Tuesdays and Thursdays.

The Honiara the codeshare service will operate from Honiara to Port Moresby on Saturdays, Mondays, Wednesdays and Fridays.

The codeshare also extends to a weekly Honiara-Port Vila-Honiara service into Bauerfield International Airport, Port Vila, operating Honiara on Tuesdays and returning to Honiara on Wednesdays.

“This codeshare agreement can also be seen as a considerable advancement of the ideals contained within the Melanesian Spearhead Group (MSG) mandate and will play a key role in further promoting MSG principals,”  Kraus said.