PNG gets invitation to attend G7 meeting in Japan 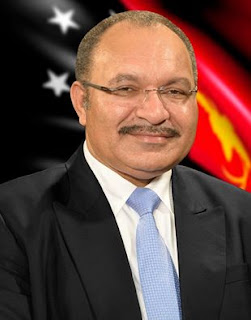 PAPUA New Guinea is among a small group of developing countries invited to the 42nd Group of Seven (G7) meeting in Japan this week.
Prime Minister Peter O’Neill said PNG would participate in the outreach meeting in Ise-Shima, Japan from today to Saturday.
O’Neill said the meeting would provide an opportunity to advance development support and co-ordination issues with seven of the largest countries in the global economy.
“The G7 Group of states have a shared interest in working to enhance infrastructure in developing nations,” he said.
“This meeting will provide the chance to share Papua New Guinea’s experience and create new opportunities for expanding infrastructure in our country.
“Further topics for discussion that are relevant to PNG’s economy and development include promoting the engagement of women in the economy, and healthcare enhancement.
“Following the successful outcome of the Climate Change talks in Paris last year, there will be a further decision on climate change and global activities to reduce the impact this has on developing nations.”
O’Neill will also meet Prime Minister Shinzo Abe of Japan to discuss ongoing co-operation and opportunities to expand ties with PNG and Pacific island countries. O’Neill is also expected to hold bilateral talks with Prime Minister Matteo Renzi of Italy, President Francois Hollande of France, German Chancellor Angela Merkel, and UN Secretary-General Ban Ki-moon.
The delegation led by PM O’Neill will include Central Governor Kila Haoda, PNG ambassador to Japan Gabriel Dusava and Government officials.
The G7 countries include Canada, France, Germany, Italy, Japan, United Kingdom and the United States. The European Union is also represented.
SHARE THIS
Share it Tweet Share it Share it Pin it