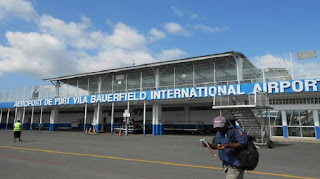 Reports from Vanuatu say a Chinese woman has been fined and deported for working as a prostitute in Port Vila for three weeks.

RNZI reports Prostitution is illegal in Vanuatu but the woman is alleged to have been paid for sex with bus and taxi drivers.

The Transnational Crime Unit, which had the woman under observation, said it could not prosecute her because none of the men involved with her was prepared to make a statement.

Before being deported from Vanuatu, the woman was fined $US 2,200 dollars.