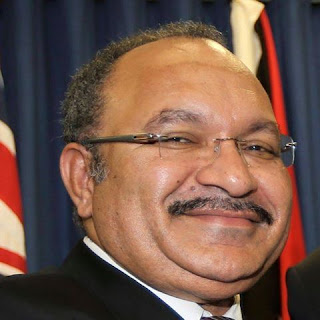 • Supreme Court decision is an example of a robust, and totally independent judiciary.
• Decision does not affect stay order on arrest warrant and judicial review remains in place
• PM O’Neill adamant he will defend right of future Governments to be free of malicious use of the law
I welcome the decision of the three-man bench of the supreme court today.
This is another indication that the judiciary in Papua New Guinea is vibrant and independent in its decision making.
This case of appeal on Justice Ere Kariko’s decision was a question concerning procedural matters and has absolutely no bearing on whether any person should be arrested or not.
The Supreme Court made its decision on the basis of whether injunctions, which do not deal with the substantive issues at trial, may be awarded in the interim.
We questioned this in line with standard government procedures in dealing with payment for services rendered to government as is the responsibility of Section 32 Officers under the Public Finance Management Act.
It is not the responsibility of Ministers or Leaders in the Parliament, that is why we needed to pursue the appeals process.
The case relating to legal fees for the Paraka matter remains outstanding before the court through a judicial review by Senior Judge, Justice Bernard Sakora, which also reaffirmed that the warrant of arrest be stayed until the judicial review is heard.
I appeal to all citizens to remain calm, respect the rule of law, and allow the judicial process to take its course.
We will continue to respect the independent decisions of the court.
All this is a lengthy process and will take time before the issue is resolved to the satisfaction of the public interest.
We all know who are the real financial beneficiaries of the Paraka transactions, and only time will tell when these identities will be revealed. I look forward to the facts seeing the light of day on this issue.
As I have said since this issue was first raised, I have nothing to hide and there is no way I have received any financial or other benefit.
The issues at the centre of this matter occurred before I was Prime Minster. Pursuing me on this matter is nothing but an attempt to influence politics from outside the Parliament and to undermine the authority of the Office of the Prime Minister, and the stability of the national government.
As the serving Prime Minister of the day, I cannot allow a precedent to be set that will render future Governments weak and ineffective. Once a precedent is set then we know every future Government will become bogged down by malicious attempts to pursue arrest warrants by people outside the Parliament, simply for the reason of attracting media attention and applying political pressure.
Our Government will continue with our role of strengthening our economy and delivering services to the people and meeting the real challenges low world commodity prices present.
We will continue to strengthen education, healthcare and law and order, and improving our regional economic engagement. Together, we are building a stronger and even more united nation in which there is a greater sharing of the benefits of economic growth among all our people and communities.