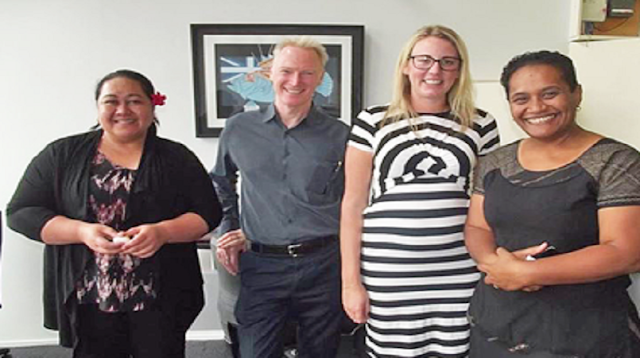 A partnership between the Ministry of Business, Pacific Trust Canterbury and Christchurch Polytechnic Institute of Tech will give an opportunity for about 28 skilled workers from the Pacific to fill a skills shortage and work on the Christchurch rebuild.

The project is a trial that will initially run for up to a year. It is part of PACER Plus, a trade and economic integration agreement between New Zealand and Pacific Island governments that aims to create jobs, raise standards of living and encourage sustainable economic development in the Pacific region. At the conclusion of the trial, Pacific workers will have a qualification which they can use for other opportunities.

This trial will be available to skilled tradesmen in Tonga, Samoa and Fiji. Pacific Trust Canterbury has hosted the representatives from the governments of Tonga, Samoa and Fiji along with MBIE and the employers over the last few months to work out the details on implementation. This will be a popular initiative and the level of interest will be significant.

A delegation from the employers, MBIE, CPIT and Pacific Trust Canterbury will be conducting interviews and induction in Tonga, Samoa and Fiji between now and mid-May. The workers are expected to land in Christchurch before the end of May.

Pacific Trust Canterbury will provide pastoral care for the workers and this will include supporting them to settle into life in Christchurch, community support and finding suitable, affordable and accessible worker accommodation.

Christchurch Polytechnic (CPIT) will be responsible for assessing the appropriately skilled workers in the Pacific and then providing on-the-job training of workers when they start their employment with the aim to getting their NZQA accredited carpentry qualifications at the end of their 12 months here.

Tony says the agreement is a significant step up from the Recognised Seasonal Employment (RSE) schemes between New Zealand and Pacific nations that provide seasonal work in the horticulture and viticulture industries.

This trial is targeting skilled workers as opposed to unskilled workers so it’s a major development and highlights to close relationship New Zealand has with our Pacific nations.

“This partnership involves skilled trade workers from Samoa, Tonga and Fiji who have already received training and are ready to go as part of the rebuild,” he says.

“They’ll also be earning a higher level of income as skilled workers and the pastoral care they’ll receive will ensure they can make a decent, sustainable living.”

He adds that the strong support from the government of the three Pacific nations is key, saying the workers will return with greater experience and skills from their time in Christchurch.

Fiji, and parts of Tonga, were badly hit by Cyclone Winston and Samoa suffered from the tsunami in 2009 as well as Cyclone Evan in 2012. Tony says that any skills gained during their time in Christchurch will be of benefit to their nation.

"We see this as a pilot scheme which has the potential to grow a lot bigger than what we’ve started with now. It’s a major milestone for PTC because we are stepping out into the Pacific region and working with the governments of Tonga, Samoa and Fiji alongside the NZ government to start this trial. This is only for the construction industry in Canterbury, where there is a skills-shortage, but the opportunity could expand to other industries where there are shortages of skilled workers.”

Addressing the skills shortage for tradespeople in Christchurch while also providing opportunities for workers to make a decent living provides multiple benefits; to Pacific workers, Christchurch and government.

“This initiative is a win-win for all partners. NZ gets the skilled workers for Canterbury to plug a gap in the market and in return the Pacific nations will get back qualified and NZQA accredited tradesmen who can apply their enhanced skills back home. In addition, the Pacific workers are able to earn a significant income over 12 months for their families,” he says.

“This is in the spirit of the PACER Plus agreement.