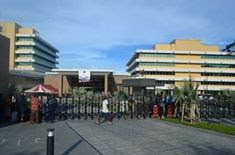 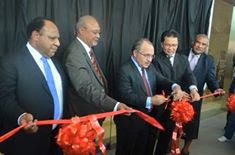 He said the careers of many Papua New Guineans started in the building.
“Some have gone on to play leading roles in our country, including that of holding the office of the Prime Minister,” O’Neill said.
He said he had spent many years in Waigani, including five years as minister for public service and five years as PM.
The building was built in 1974. The National / ONE PNG
SHARE THIS
Share it Tweet Share it Share it Pin it